A nasty election is a pitiful excuse to stop caring

A letter to high school students and first-time voters that everyone should read. 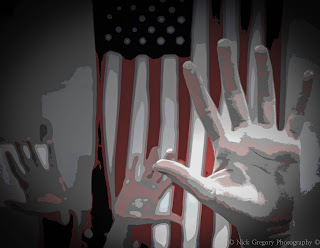 To my high school students,

I am deeply concerned about the consequences this election may have on your view of American democracy, and I want to offer you a new perspective.

First of all, I will enthusiastically cast my ballot Tuesday along with millions of Americans. No matter the amount of effort involved, I always look forward to voting. Do not confuse election fatigue with the awesome responsibility to vote.

Your tired expression in class when we talk about this election makes sense to me. You may think I am obligated as your teacher to be a cheerleader for democracy. That’s not the case. I hope that you will want to vote. Our nation is held together by our commitment to progress. Voting is a sacred pact we make with past and future generations. My sincerity alone isn’t enough for my message to get through to all of you so please give this letter a read in its entirety. Consider your stake in all of this.

A Fixed Mindset is Dangerous

The negativity surrounding this election has left a lot of you feeling that our problems are so enormous that failure is inevitable. You are not alone. Pessimism drives this fixed mindset about American politics and ultimately it weakens our democracy.

People with a fixed mindset believe that the chances of success within our political system are unlikely and predetermined. Some of you have told me that you think our presidential candidates represent a system that is broken beyond repair. To your credit, there is plenty of evidence to suggest you may be right. The influence of special interests and the breakdown of compromise in the national government makes it appear unlikely that things will improve.

Subscribing to a fixed mindset, even though it may be rational, ignores the legacy of who we are as Americans. A fixed mindset is a contradiction to our achievements and it is dangerous to our American way of life. Naturally, it is difficult to advance progress while simultaneously whining about the election process. The negativity surrounding this election may give you the false impression that American democracy is stagnant, incapable of improving. Nothing could be further from the truth.

Throughout the nation, people are having civilized conversations about real concerns - healthcare, the cost of college, jobs and law enforcement relationships with citizens. Elections are fiery, but it is in the day to day where you find the real pulse of democracy in the United States. Like you, I am concerned about the intolerance displayed in this election and I am hopeful we can find a better normal. Sell-outs and frauds mope around and incessantly complain without taking action. Traditionally, people who care take action in positive ways by joining volunteer groups, going door to door to share ideas or speaking at town halls coast to coast. 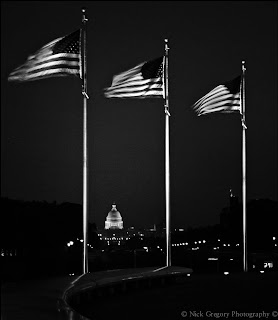 Public expression may not be your thing yet, but there is one thing we all get to do eventually - we get to vote.

We discuss current issues in class because you need to be ready to vote. Casting your vote for someone is a risk worth taking. And yes, as many of you have reminded me, sometimes casting your vote is also about protecting American values and voting against a candidate.

The demographic you will soon join (18-29 year olds) had less than 20% voter turnout in the 2014 national elections. I fear we may lose even more young voters to a fixed mindset after this election cycle. The negativity some students now associate with the presidency - the most esteemed office in the nation - concerns me. The new president-elect will have an awesome challenge to lead our nation and help restore faith in our political process. In order to maintain confidence in the political institutions that have served the United States for more than two centuries more people need to vote. In order to effectively change how we do politics in this nation, people need to take action. Be heard.

When you weigh the accomplishments of American democracy against your Twitter feed here and now, it makes sense that you have concerns. I share many of your concerns.

You tell me that since you can’t vote yet there’s no sense in getting involved in the process of analyzing the candidate positions or supporting ideas. You're skeptical about a process that you view as mean-spirited. You report that you are frustrated that it is difficult to understand issues when the media fails to distinguish between fact and fiction.

I get it. The massive amount of information at your disposal is more of a blessing than a curse. You have to work harder to navigate through all the bias, but this is the perfect time for you to explore different political philosophies, ask questions and develop opinions about the country you want. Take advantage of the lessons this campaign is providing and give yourself permission to change your mind as you go. The ability to change your mind in the face of new information is a sign of intellect and strength.

This is an ideal time for you to share your ideas and gain inspiration by learning from great thinkers. The greats come from all walks of life (academic, philosophy, religion, art, music, acting, poetry, etc.) and their ideas stretch the vast political spectrum. Pay close attention because great thinkers may be closer to you than you realize. Learn from people who do not share your opinions and background. Find credible ways to sort through the issues because democracies are not designed to simply favor the noisiest people.

Your voice can influence the political process in several ways, and your vote will be the most significant. Our democracy depends on votes.

Passionate debate about the role government should play in people’s lives helps us forge our national identity. Elections help us chart our path with some direction. This election cycle has been unique in many regards, but the passionate fight for ideas is not new. Disputes about ideas and strong-willed opposition in the public arena is healthy and that lesson should not be lost in light of this election season. Granted, you may not be inspired by the current candidates, but leave open the possibility that hope exists.

President Abraham Lincoln (R) only secured about 40% of the nation’s vote in 1860 and he is revered by Democrats and Republicans. President Franklin D. Roosevelt (D), regarded by many historians as one of the best presidents in our nation’s history, still missed out on 40% of the country’s vote in 1932. History validates great leaders and that possibility will exist for our next president too.
Difficult circumstances often reveal the strengths of our political process. Advancing our imperfect nation in the wake of the War of 1812, the Civil War and slavery coincided with intense debate. Recovering from the Great Depression, two World Wars and the more recent 2008 financial crisis involved suffering from Americans, not just members of one political party or a specific ideology. We persevere and the clash of ideas fuels American progress.

It is also true that our government has promoted the disenfranchisement of people (African Americans and Native Americans for instance) and at times, we continue to fall short on the promises of justice, equality and promoting the common good. The United States government has enacted harmful policies (racial segregation and internment camps for Japanese Americans for instance) and engaged in dishonest behaviors.

Our history should serve as a painful reminder that we need all voices at the table so we can do better. This includes you. Your voice is needed so we can better fulfill the promise of the United States. Our national failures and misdeeds should serve as motivation for you to amplify your voice, not sit out.

Democracy is Messy & Elections have Consequences

The American government has improved the lives of Americans. Criticism when government fails should be met with ideas for improvement. Election results express the direction voters want for our nation and the process can be invigorating, tiring and messy all at the same time. Facts and evidence should outweigh political party loyalty and that alone can get confusing.
Unlearning a fixed mindset about American politics requires a fresh perspective. There’s no one better equipped to bring new ideas and new expectations to the political process than young people. People who choose to remain ignorant are a cancer to a healthy democracy.

Like you, I am also frustrated by politics lately. I just don’t want your dissatisfaction to serve as an excuse to give up. I agree that special interests have too great a role in our political system. I also value honesty and civility among candidates and I hear you -  the Electoral College and two-party system both have glaring weaknesses. The issues you raise in class make sense, but they are not reasons to throw in the towel.

Misguided frustration leads some people to sit out. The notion that refusing to vote is a useful form of protest is purely foolish.

Popular American essayist David Foster Wallace summed it up well when he wrote, “...stay home if you want, but don't bulls#!it yourself that you're not voting."

He added, "In reality, there is no such thing as not voting: you either vote by voting, or you vote by staying home and tacitly doubling the value of some diehard’s vote.” (Wallace, Up, Simba! Rolling Stone, 2000)

Right now you have the luxury of rationalizing your lack of interest in this election because you are young. The time for justifying a choice to remain clueless is running out. Pretty soon you will not be answering to your government teacher. Instead, it might be a classmate serving in the military or your own children who will be living with the decisions you didn't make. Whatever your level of interest today, keep in mind that apathy has never advanced American progress.

Generations of Americans struggled for the right to vote and their persistence in the face of incredible odds is the catalyst for my enthusiasm. By placing my trust in an election system that is free of violence and gives everyone an equal voice, I am elevating my voice with my vote.

I am calling on you to stamp out pessimism, get informed and amplify your voice.

We get the opportunity to express our love for this country by voting in free democratic elections and soon you will have the privilege to vote. With all my heart, I want you to be prepared and most of all, I want you to vote.

* A pdf version of this letter (2 pages total) can be e-mailed to you upon request. Use the comment section or my email address to make your request.