This is the first in a series of posts I will be writing over the next month about teaching Social Studies during Election season. These reflections are more "off-the-cuff" and some may combine into something worthy of publishing . If I re-draft any pieces here for publication, I will include a link.

The election season has dominated my life this week. At home, we talk about the election daily. Colleagues have been stopping by my classroom to discuss the news of the day and students regularly stay after class to engage in conversations about the future of our nation. 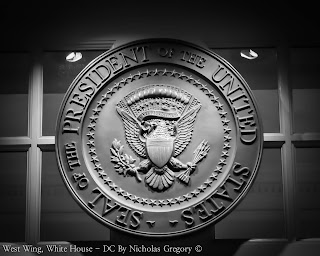 My teenage students have helped me see this election from their perspective. While most of my students are still too young to vote, they have been following the twists and turns on the campaign trail. The best part is that while many divergent points of view exist in each of my classes, students consistently demonstrate a willingness to listen and keep the conversations focused on ideas. Personal attacks and disrespectful behaviors do not enter into our heated discussions. Students place more value on being heard than on being right. I try my best to apply the lessons imparted by my students when I get involved in fierce conversations.

Last April I wrote an impassioned Open Letter to Donald Trump featured in HuffPost and in that letter I described my optimism about the future in spite of Trump's popularity. My students were opening my eyes to a perspective I was incapable of gaining on my own. At that time, my students were questioning Trump's bigotry and racist behaviors. Today, six months after I wrote that letter, Trump is on political life-support. As some people make excuses for Trump's behaviors I am mindful that that we have a lot of healing to endure in our nation. I continue to get feedback about my letter to Trump (positive and critical) and while I remain optimistic in general, I am more cautious about asserting what this election means for young people. The damage from this election season is difficult for me to predict.

Voting is not the answer for many students

Just as I feel encouraged by how we talk about topics in class, I slump back into disappointment when many of my students report that they don't have much interest in voting. A lot of these kids don't fit the mold of "quiet and disinterested" students going through the motions at school. My brightest and most ambitious students feel so discouraged about the future of the country that they openly admit to me, their American Government teacher mind you, that voting is a waste of time.

This should concern you just as it concerns me.

I would be lying if I did not admit that I kind of understand why they feel this way, but I still hold out hope that these students might see it differently in the future. Hopefully they will feel their voice is part of a useful process. I am responsible for helping to bridge the gap between our professed ideals as a nation and the role each of my students has in this process.

What's plaguing young people is the same thing that is afflicting many adults and it's not simply a lack of interest.

Confidence in the candidates.

Confidence in the election process.

Confidence in the electorate.

Confidence in the media.

Confidence that whoever is elected will be able to make life better for Americans.

Most students are navigating all of this for the first time and once the heat of election season dies down, we have to honestly deal with the root causes of the divisions in our country. A lot of people seem discouraged and we need to understand why so we can get to work.


Even though some election fatigue is setting in, students report that they feel most of what is happening on the campaign trail feels more like entertainment than real-life. The line has been blurred between the reality facing our nation and the reality TV style campaign antics and media coverage.

My students admit that they are not sure what to make of some of the destructive behaviors and shenanigans that garner news coverage. I fear that there is a major disconnect between what is happening in this election cycle and the implications for our nation. The understanding that elections have consequences has taken a backseat to, let's just get this over with now.

Campaign policy stances and critical issues have been moved to the back pages and impressionable students are experiencing a massive void in regard to a national dialogue about important issues. Ideas that need to be fleshed out and vetted by the electorate can't compete in a campaign season more suited to tabloid coverage. It is refreshing to finally dig into racism and sexism as part of the national conversation, but the way we got here has been disheartening. And where we go from this point will say a lot about our next president's ability to lead.

Whether it involves recordings of Donald Trump bragging about sexual assault or hacks into DNC e-mails by Russians, the whole thing has an espionage feel to it that we normally equate to the movies.


Guiding US Constitutional principles like the rule of law, limited government, individual rights, equality and the separation of powers have to make their way back to the election cycle list of topics we examine as a nation. 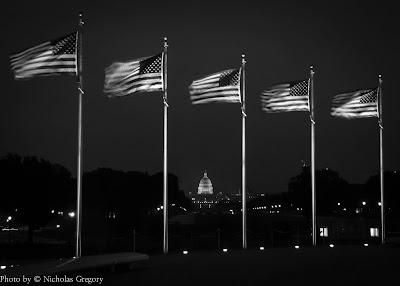 My talented colleagues who teach social studies encourage reasonable disagreement and passionate discussion among students and I hope students will demand as much from politicians in the future. Smart people informing our ideas, no matter their political stripe, should be a part of every student's diet. During election season, it is difficult to sift through the mud in order to get to the good stuff.

As a nation, we cannot afford to ignore how we got to this place: two unfavorable candidates, the regular use of the p-word in news reports and wild allegations about both candidates. Today's students are well-positioned as tomorrows uniters so long as we help them learn from all of this political destruction.

Since they have been paying attention, my students have been exposed to the ridiculous birther movement, a vacant US Supreme Court seat and a nation with deep divisions regarding law enforcement, race and immigration.

Helping students engage in the political process and learn from people whose ideas they may vehemently oppose is an important step toward a brighter future.


In the midst of a class discussion one student confidently claimed "we'll be okay" when this is over. The basis of his response had to do with the checks and balances in our government. In other words, whatever the result in the election, he said that we will still be on solid ground because of the way the Framers designed our government. Part of me was proud since we just finished our unit on the origins of our government, but I got the sense that his point was that the government will continue to function. The bare minimum expectation and admittedly my confidence in that measure varies depending on who is elected. Another student claimed that it will be okay because in her view Donald Trump will not win so things can get back to normal.

We have yet to discuss what normal and functioning mean in the wake of this election season. How we define and create a new normal is going to be critical to our progress. Whether my student's will have faith in a government they have only two experiences with - the one they learn about from a textbook and the government they see on Twitter - may depend on the ability of our next president to lead us through rocky times.

The greatest challenge for me as an educator is to exercise patience about all of the learning we will be engaged in over the course of the semester. The depth required to analyze the role of the United States President takes time and context. Learning about each branch of government and the guiding principles of the US Constitution encourages students to contribute different ideas, but it can't be rushed. Primary documents like the Federalist Papers and the US Constitution require time to digest.

Students tell me they are overwhelmed with opinions on social issues they do not understand. Policies about immigration get muddled with so many myths that their heads are spinning. Having ideas about out how to deal with Russia or determining where weaknesses exist in Obamacare requires a PhD as far as my students are concerned. We can't afford to have a generation of students left behind by our political process.

How to best work toward progress in class and as a nation motivates me, and the landscape of this election season presents so many nuanced and complex lessons.

I love this challenge as a teacher.